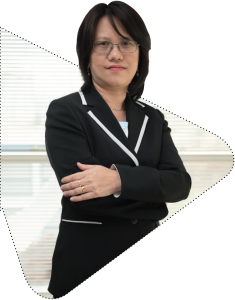 Anglo African Investments and its subsidiaries (‘the Group’) has realized notable results for the financial year 2015, with growth across all its activities. The Group has strengthened its balance sheet, with total assets growing by 47% to reach Rs 147Mn at June 30, 2015. Debt to equity ratio remained low at 5% as the Group financed its activities mainly from own funds and suppliers credit. No dividend was paid out in line with the current dividend policy; hence shareholders fund increased by 43%, from Rs 42Mn to Rs 60Mn at the end of the financial year.

Group Revenue reached Rs 339Mn in FY2015, up 31% from last financial year. This good performance has been driven mainly by Anglo Systems, specialized in data centre services. The latter has capitalized on its wide range of product offering, key vendor support and the application software skills of its highly trained staff to further broaden its customer base and boost its revenue by more than 80% over last year.

Furthermore, Anglo Consulting, which has been doing mainly open source development, has successfully diversified its activities to include digital marketing, digital signage and touch screen solutions and also offered other emerging technologies solutions to its customers to grow its revenue by 65% over the previous year.

Anglo Telecom also reported a satisfactory growth of 14% in revenue while Anglo Mobility had a more difficult year, with growth of only 2% in income on account of heightened competition on the mobile devices market.

The Group continued its expansion in Africa and opened a new office in Zimbabwe in the second half of the year. Total foreign revenue accounted for 17% of total revenue in FY2015.

The Group achieved a gross margin of 25% for FY2015, slightly lower than 2014 gross margin of 26%, mainly on account of (a) the higher proportion of sales of products to services by the Group, (b) higher cost of sales incurred partly due to the unexpected and significant depreciation of the Mauritian rupee against the United States Dollar in the second half of the financial year as well as (c) lower margins accounted in Anglo Mobility due to increased competition in the smart devices market. Gross Profit grew by 26% over FY2014 to reach Rs 85Mn in FY2015.

Administrative and other expenses increased by 7% over FY2014, driven by staff cost which rose by 9%, higher professional fees incurred at the foreign operations and depreciation on new assets purchased, especially for the new subsidiary in Zimbabwe and on office renovation. The Group provided Rs 1Mn for doubtful debts in FY2015 (2014: Rs 3Mn).

To drive growth, the Group will continue to maintain a strong presence in the Mauritius ICT sector while also focussing on its regional expansion strategy to deliver its services and products in the Sub-Saharian African region. The Group ambitions to generate half of its revenue from overseas over the medium-term future.